As if cooking during this Covid-19 pandemic has;t been difficult enough, what with various food shortages and the difficulties associated with grocery shopping, now there’s another worry — several types of onions are being recalled as people become sick from salmonella-laced red onions.

Roughly 400 people in 34 states have become sick because of tainted red onions, California producer Thomson International is recalling red, white, yellow and sweet onions. The problem so far has been with red onions, but the company is recalling other varieties “that could have come in contact with potentially contaminated red onions, due to the risk of cross-contamination,” the Food and Drug Administration said in a statement.

It’s almost impossible to know if onions you bought come from Thomson, the FDA announcement does not list retailers that may have stocked the contaminated onions. So it advises, “if you cannot tell if your onion is from Thomson International Inc., or your food product contains such onions, you should not eat, sell, or serve it, and should throw it out.”

The outbreak has spread to Canada as well.

Here’s a look at states that have been affected, the various shades of blue indicate how many people have become sick because of the tainted onions: 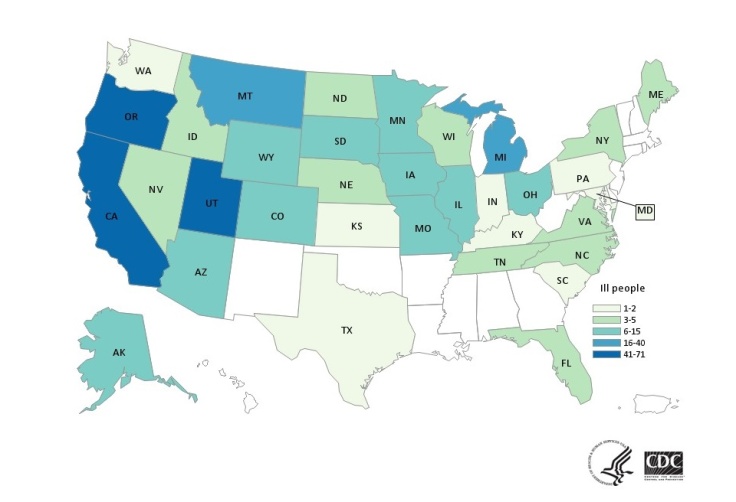 One thought on “Hold the onions: 34 states impacted by salmonella-tainted onions”